Joe Quave sworn in as new chief of police… 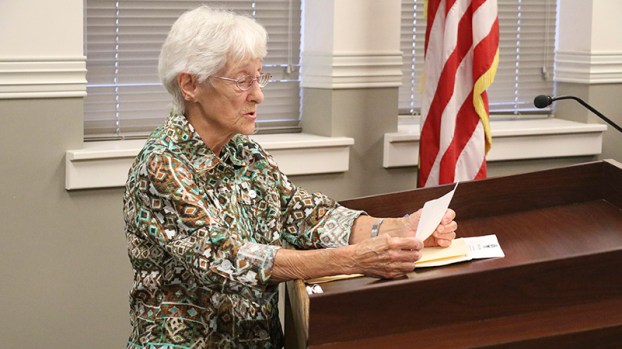 A millage increase for residents owning property in the city of Picayune was approved by the City Council.

The proposed increase was to add 10.2 mills to the city’s budget, increasing the total millage from 38.61 mills to 48.81 mills. That increase in millage will be used to pay off a bond that will be used to build a new police station, provide raises to police officers and help offset the cost of equipping those officers.

During Tuesday’s meeting, City Clerk Amber Hinton said that  a two percent cost of living and step increase was added to the budget to give all employees with the city a pay raise.

A public hearing was held during that meeting, where two people in the community chose to speak about the proposed increase. Guy Davis and Claiborne “Buddy” McDonald both spoke in favor of the increase due to the need for a new police department and the need to give those officers more competitive pay.

According to the approved budget, the total revenue expected to come in to the city is $37.6 million, of which $4.8 million will come from ad valorem taxes. Other revenue sources include $689,600 from licenses and permits, $9.1 million from intergovernmental revenues, $5 million for charges for services, $242,500 from fines and forfeits, $2.5 million from transfers and $1.5 million from loan proceeds. Of that total, $13.1 million is coming from beginning cash.

According to previous coverage, the city intends to take out a $6 million bond to build a new police station and cover the pay increases for police officers.

In other business, discussion about rebuilding the playground at Friendship Park showed that the city will be responsible for putting up $38,000 in matching funds. Jonathan Hickman with Dungan Engineering said the anticipated total cost to build a new playground is $193,000. During Tuesday’s meeting, the Council approved a motion to go out for bids for that work. Hickman said that once a bid is accepted, actual construction of the facility is expected to take about two months.