Poplarville baseball knocked out of playoffs 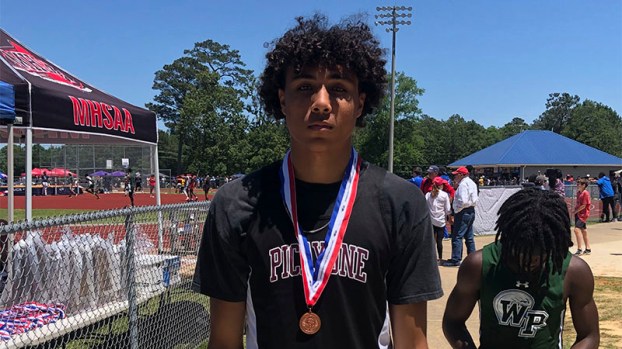 Podium: Isaac Brice stands with his bronze medal after coming in third place in the high jump. Submitted photo.

The meet took place May 6 at the Woody Barnett Track & Field Complex in Pearl, Mississippi and pitted the best track and field athletes against each other with the chance of being named state champion.

The Maroon Tide did podium in two events at the state meet.

Head Coach Seth Hayden said his team performed well on the biggest stage, and that the program’s returning talent bodes well for next season.

“I was very pleased. We were projected to do a lot better in our events, but the other teams practiced and wanted it just as bad as we did, but we were able to still place in two events,” Hayden said.

Picayune didn’t get a chance to compete at state last year due to COVID-19, so getting back on the track and competing against the best athletes in the state was an opportunity the athletes didn’t take for granted.

“It was like going back to normalcy in a sense. We didn’t get to run last year, so to be able to get out there with the excitement in the air, a good turnout and the weather was beautiful, you could tell it was track season. A couple state records were set and it was just fun to get back into a little bit of normal,” Hayden said.

The team will be stacked with experienced talent from this season, but considering the performances at the meet, other students might be enticed to join for the chance to compete at the highest level.

“Any time you have success, the following year you have a better turnout. With us having success, I think it’s going to have a big impact on track and with those returning starters you can’t simulate experience. I think it’s huge to spark a bigger interest in track and field,” Hayden said.