NEW ORLEANS – U.S. Attorney Duane A. Evans announced that JON C. BALLAY, age 61, a resident most recently of New Orleans, Louisiana, was sentenced to 262 months imprisonment by United States District Judge Jay C. Zainey after previously pleading guilty to Count Two of a three-count Indictment charging him with production of images depicting the sexual exploitation of children, in violation of 18 U.S.C. 2251(a). Judge Zainey further ordered BALLAY to pay restitution to the victim in the amount of $67,300, serve a period of life of supervised release after he completes his prison term and pay a special assessment fee of $100. BALLAY will also be required to register as a sex offender.

According to court documents, on May 23, 2017, law enforcement authorities executed a search warrant at the Olde Town Inn, located at 2311 North Rampart Street, in New Orleans, Louisiana. During the execution of the search warrant, authorities found and recovered a fourteen-year-old female (Minor Victim) with BALLAY and seized several electronic devices belonging to BALLAY, including a Samsung Galaxy Express Prime cellular telephone affiliated with a local phone number. BALLAY used cellular phones to take approximately twenty (20) sexually explicit images of the victim between May 15, 2017 and May 22, 2017, at multiple hotels in the greater New Orleans area. Subsequent investigation revealed that BALLAY used sexually explicit photographs, among others, to advertise and solicit commercial sex dates with the MV. Pascal Calogero, III, was previously prosecuted for his role in conspiring with BALLAY to traffic the MV for the purpose of MV engaging in commercial sex activities. See Case No. 18-203 “R.”

This case was brought as part of Project Safe Childhood, a nationwide initiative to combat the growing epidemic of child sexual exploitation and abuse launched in May 2006 by the Department of Justice. Led by United States Attorneys= Offices and the Criminal Division’s Child Exploitation and Obscenity Section (CEOS), Project Safe Childhood marshals federal, state and local resources to better locate, apprehend and prosecute individuals who exploit children via the Internet, as well as to identify and rescue victims. For more information about Project Safe Childhood, please visit www.projectsafechildhood.gov.

U.S. Attorney Evans praised the work of the Federal Bureau of Investigation in investigating this matter, and specifically the FBI New Orleans Violent Crimes Against Children Task Force, which includes members of the Jefferson Parish Sheriff’s Office, the Kenner Police Department, and the Louisiana State Police. The case was prosecuted by Assistant United States Attorney Jordan Ginsberg. 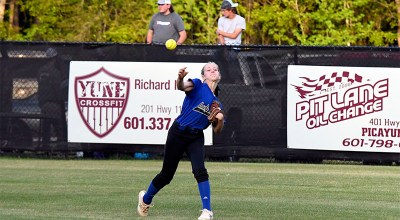 PRC softball learns some lessons in losses to Sumrall 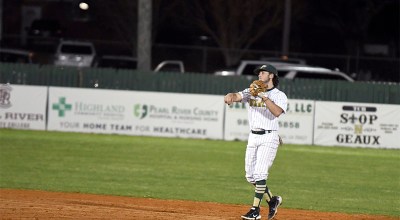 One person killed in shooting