First baby born in Pearl River County in the… 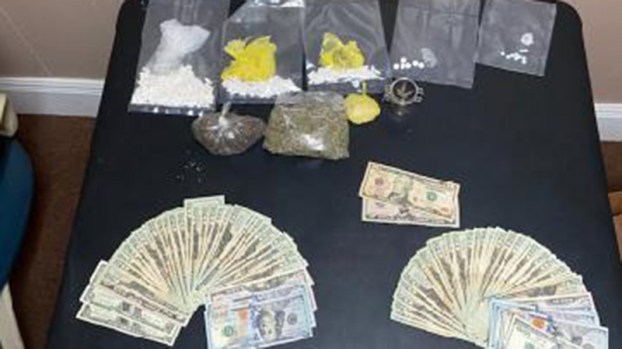 Picayune police found a large amount of money along with drugs after conducting a traffic stop Saturday. Submitted photo.

On Saturday, detectives observed a 2020 Silver Toyota Corolla cross the fog line on the right side of Interstate 59 at the exit 4 northbound off ramp and conducted a traffic stop, according to a press release from the Picayune Police Department. The vehicle pulled into the Walmart parking lot, at 235 Frontage Rd. before coming to a complete stop.

The detectives made contact with the passenger, later identified as Robert Ellerman Jr., 42, of 8939 Wateka Dr., Houston, Texas. While speaking with the occupants of the vehicle, detectives could smell marijuana emanating from inside the vehicle, the release states. They also observed a plastic bag on the passenger side floorboard that appeared to contain white rectangular pills, later identified as Xanax.

The detectives then asked Ellerman and the driver, identified as Stanley Johnson, 55, of 6066 E. Holmes St., Bay St. Louis, Miss., to exit the vehicle. When Ellerman exited the vehicle, detectives saw a bag on the passenger side floorboard, states the release. Inside the bag detectives found more clear plastic bags with marijuana, crystal methamphetamine and more white rectangular pills.

Detectives searched Ellerman’s person and found a clear plastic bag with white and blue round pills, later identified as Percocet and Roxicodone. During a search of the vehicle, detectives found another bag with more white rectangular pills.

The two men also had a large amount of U.S. currency.