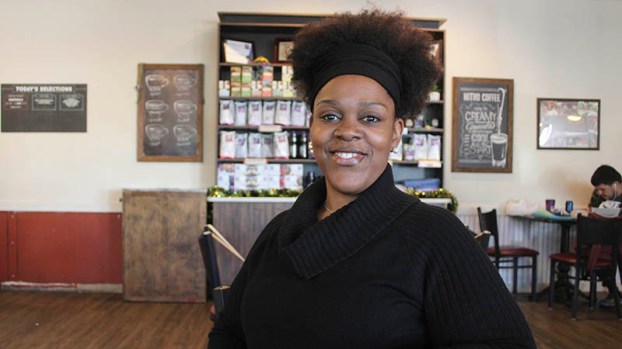 Celena Thomas is trying to spread positive messages about self confidence and self love through her livestream show.

One Picayune woman responded to the anxieties of the pandemic by spreading positivity digitally, and ended up starting a conversation about surviving abuse.

Celena Thomas describes herself as the person in the office who checks in on everyone and always says good morning. When she was sent home from work because of the pandemic, she still wanted to find ways to check in with the people in her life.

The topics range from negative self talk, to anxiety and depression, to self-confidence and self-love. While her audience is sometimes small, Thomas was excited to find out from friends that their young daughters are listening to her livestreams. She invited one 7-year-old who listened to the show to come on the livestream with her and share her enthusiasm for dance.

In another episode Thomas shared her experiences with emotional, physical and sexual abuse. Since then she’s received phone calls from other abuse survivors reaching out for support.

“Once I said it out of my mouth, girl I felt free. I said ‘You’ve been bound all these years and all you had to do was just let it go,’ because it’s not mine to carry anymore.”

Thomas did not talk with anyone about the abuse she experienced until she was an adult, and had only spoken with a few people about it before speaking about it online.

Her phone started ringing as other people who have been abused called her to share their experiences.

“We don’t know people’s story because they walk around with guilt and shame and they’re afraid to tell other people,” said Thomas.

“Deep down I felt that one day I would be able to help somebody, because I could not imagine going through all of that and just dying,” she said. “You go through all of what you went through and you just take it to the grave, versus taking what you’ve been through, taking those experiences and turning all of those negative things into a positive to help somebody else.”