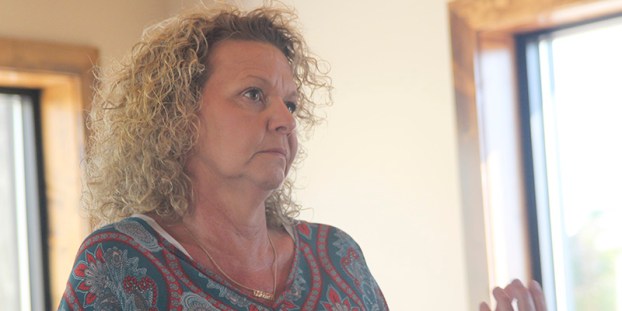 still curbside: Although the Circuit Clerk’s office is back at full staff, they are still limiting the number of people in the courthouse to reduce of the risk of spreading COVID-19 by keeping the courthouse locked and providing curbside services as much as possible, Circuit Clerk Nance Stokes told the Pearl River County Board of Supervisors during Monday’s meeting.

The Pearl River County Board of Supervisors discussed creating a local economic recovery taskforce and will consider the matter further at the next meeting set for Monday, May 4.

At Monday’s meeting, the county’s Economic Developer Blaine LaFontaine asked the Board if supervisors would consider putting together a local economic recovery taskforce to help business owners and residents find accurate information about the financial assistance available to them and how to navigate the guidelines surrounding reopening as state and federal guidelines continue to change. The task force could look at local trends and data and make recommendations to benefit the local economy, said LaFontaine.

District V Supervisor Sandy Kane Smith said that in relation to seeking that aid for his own air conditioning business, he can see how frustrating navigating the federal assistance programs can be. District I Supervisor Donald Hart asked if LaFontaine envisioned the local chambers of commerce, the municipalities and the Economic Development Council working together on the project.

LaFontaine said a task force could report weekly and work with the groups Hart mentioned along with healthcare professionals. Presently, the Economic Development Council has been using social media to share information with the community and working with the Chambers of Commerce, he said.

District II Supervisor Hudson Holliday expressed concerns about using a task force to help residents fill out paperwork. Hart said a taskforce would not need to be limited to paperwork, but could assist people more broadly as the economic situation continues to change. LaFontaine will give the Board more information on the idea before the next meeting.

Mississippi Power will pay for the August election, but it is unclear whether the county or the city of Poplarville would be responsible for the cost of future elections if the county opts to allow county election commissioners to manage municipal elections, said Stokes. It is also unclear whether the county could manage the elections in perpetuity or if the arrangement would be election to election, said Stokes. The city’s Board of Aldermen will consider passing an ordinance at its next meeting, said county attorney Joe Montgomery.

The Board also discussed the planned E911 consolidation. The county’s IT contractor Carey Meitzler with Data Star Inc. said that the Sheriff’s Department needs a records management system to meet a certification due to the FBI in January 2021. Meitzler is meeting with one of the contractors involved in the consolidation to discuss whether the Sheriff’s Department’s records management system can be jumpstarted if the joint dispatch proposal does not progress quickly. Doing so will ensure the department meets the required certification deadline.

After an executive session, the Board directed County Administrator Adrain Lumpkin to meet with Picayune’s City Council and Poplarville’s Board of Aldermen to answer any questions members might have about the dispatch consolidation so the interlocal agreement can be finalized.