Break in the heat on the way

This week, the Pearl River County Board of Supervisors, at the behest of Waste Management, asked the general public to refrain from bringing their individual waste to the dump because a recent increase in people doing so is restricting access to commercial haulers.
We can certainly relate to wanting to restrict access to an area that is seeing an increase in popularity, especially in these troubling times of social distancing and other policies to “flatten the curve.”
But there’s a major problem in a landfill asking the public to refrain from getting rid of their waste.
That problem is the ongoing fight with illegal dumping in this county.
Not all, but far too many Pearl River County residents have a laissez-faire attitude with trash. Far too often people can be seen throwing trash out their car window. Far too often illegal dump sites are discovered. Far too often all of that trash ends up in our creeks, rivers and eventually the ocean.
With so many people in this area unconcerned with the impact illegal dumping has on our area it seems unfathomable for the local landfill to ask those people to stop bringing it there. It’s the one place that can properly dispose of those items.
Sure, people are generating more waste. Especially since so many out-of-work people are trying to stay occupied by cleaning up around the house.
Telling them not to bring it to the dump will not stop those people from finding some place to put it. And that place will be at the roadside, in heavily wooded areas or any where else they can get rid of it without being seen.
If our local landfill wants to fix this problem, the owners should establish a separate entry point for commercial haulers so the general public can get those “Honey Do” lists completed while at the same time having access to a proper place to dispose of all their unwanted items or debris. 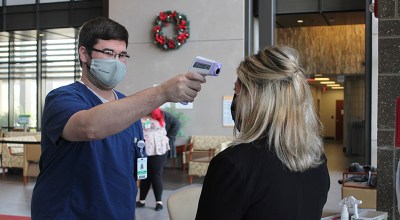